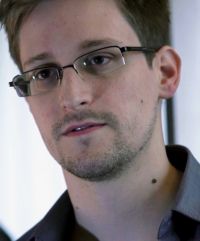 This article analyzed the overall story of Edward Snowden, what he have done and what happened afterward. The article starts by mentioning the top secret surveillance activities of NSA, which stands for National Security Agency, reported by Glenn Greenwald in Guardian, the British newspaper, on June 5. On June 9, 2013, admitting that he was the source of this disclosure, Edward Snowden, the former agent of CIA, revealed the fact that many private information of US citizens, such as phone calls or emails, were being collected by NSA. He, then, fled to Hong Kong to avoid potential punishment by US government. However, US government tried to bring him back to US, and asked extradition of Snowden to many of the countries, including Hong Kong. Edward Snowden, realizing that there were not much place to stay, moved to Moscow, Russia, and asked for asylum to Russian government. Russian government, with few rules attached, granted Snowden asylum, letting him to stay in Russia until 2017.

Disclosure of Edward Snowden, though the fact revealed was only related to US, was a warning signal to many people around the globe. Whether the secret revealed by Snowden is true or not, they began to recognize that how unprotected their privacy was. Yet, this article does not only praise Snowden as a hero who risked his life to reveal the truth, but also gives attention to the opinion vilifying Snowden. As Obama mentioned, there cannot be 100% security with 100% privacy. There are also thoughts saying that Snowden has magnified thee action of NSA, overstating the faults of government policy. The fact that activities of NSA have prevented more than 50 potential terrors since 2001 is a solid evidence for this opinion.

It’s also interesting to see how Snowden’s movement further affects the international relations. The tension between Russia and US was sharply increased because Russia granted asylum to Snowden without extraditing him. Though Russia told Snowden that he would be extradited if he takes any action that harms US, Russia not sending Snowden back to US made President Obama uncomfortable.